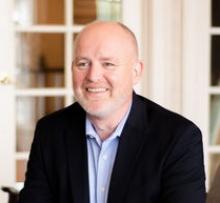 President of the Americas
Daon

Conor White is part of the core team that founded Daon, joining the company as Chief Technology Officer in 2001 with the goal of designing and delivering trusted experiences that put human beings back at the center of digital transactions. In this role, Conor shaped the technology strategy for the company, including the development of its award-winning IdentityX® platform. Subsequently, Conor accepted the role of President of the Americas, where he currently leads all Daon activities in the Americas region (including North, South and Latin America) as well as those pertaining to certain global partnerships. His responsibilities encompass sales, business development, marketing, customer delivery and financial performance.

Conor has a proven, 25-year track record of innovation in digital identity and cybersecurity. He is an accomplished inventor, with more than 30 patents in the field of human authentication, and has architected some of the world's highest-performing digital identity systems. He is also a frequent speaker at international digital identity conferences on the topics of human identity, biometrics, and cybersecurity. He serves on several technology standards boards, both in the U.S. and abroad, and is a member of Daon's Board of Directors.

Conor holds a B.Sc. in Computer Applications and an M.Sc. in Computer Science from Cork Institute of Technology. He is also a graduate of the Executive Leadership Program at Stanford University Graduate School of Business.