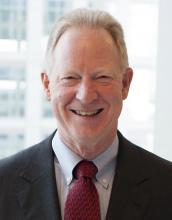 Wayne Rampey is CEO of VAR Staffing.  Rampey earned a BS in Engineering and began his career as an engineer, and later also earned an MBA. His early career includes working for Hewlett Packard as well as a venture capital backed software firm, and has successfully founded several technology service companies. Both as a company founder and member of executive management teams, Rampey has successfully guided the development and growth of several technology staffing / consulting companies.

For 8+ years, Rampey served on the board of directors and executive steering committee for Tech Titans, the largest technology trade organization in Texas, and one of the largest in the United States. In addition to his role at VAR Staffing, Rampey continues to serve in his investor and board level responsibilities with several small technology companies in the area, as well as an advisory board member at Texas Christian University for the Business Information Systems (BIS) degree.