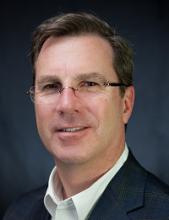 Terry Chapman serves as president of Business Electronics Corp., which was founded in 1988 and provides document imaging systems to the Birmingham, Ala., business community. Previously Terry worked in the banking industry.

In 2011, while at Business Electronics, Terry was named a “Retailer of the Year” by the Alabama Retail Association. He is currently serving as board president for the Mountain Brook Chamber of Commerce and is active with several other Over-the-Mountain chambers.

Terry is a graduate of Mountain Brook High School and received his undergraduate and Master’s degrees from Birmingham Southern College. He has three daughters and attends Canterbury United Methodist Church.