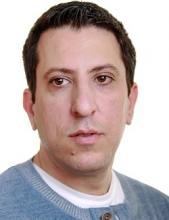 A 12-year veteran of the IT industry, Robert (Robb) Patterson is a leading technology consultant and advisor to businesses and community organizations, as well as a sought-after speaker and writer, in the New York Metro Area.

In 2011, Robb joined Progressive Computing Inc., which designs, installs, and maintains computer networks for small and midsize companies, as business development manager. In this role, he is responsible for establishing new client relationships and providing account management, working closely with PCI’s IT technicians to ensure each client’s total satisfaction.

Robb began his career as a freelance Web designer, and then became a system administrator for a 40-user, not-for-profit organization where he developed and managed the logistics department in addition to the company’s computer network.

In 2005, he founded the New York Small Business Server Group (NYSBS), which has grown into one of the largest SMB-focused technology peer groups in the world. With Robb leading the way as its acting president, NYSBS’ 280+ members share industry best practices, collaborate to solve challenges, educate one another, and benefit from positive relationships with leading hardware and software vendors.

An active member of the Manhattan Chamber of Commerce, he serves as co-chair of its Tech Committee, developing and supporting technology-related events, and its Mid-Market Committee, which will build the Chamber’s midsize business membership.

Since 2010, Robb has been on the steering committee for the New York Business Expo & Conference, an annual event that features 200 exhibitors and 40 seminars, and attracts more than 10,000 executives.