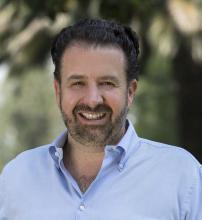 Ricardo is the Founder & CEO of Incode Technologies. He has 20+ years of experience founding and leading companies.

In 2000, he founded La Burbuja Networks, a social network company. In 2003, Ricardo co-founded Amco Foods, a functional beverage startup that, as CEO, he grew into one of the top players in the market. Bimbo Group, a $12B Company (MEXI: BIMBO – biggest bread company in the world) acquired the company.

Ricardo then served as the CEO & CTO of Amco Group, a chemical distribution company. Ricardo re-positioned the company as the "Bloomberg of Aroma Chemicals," developing proprietary big data and machine learning systems as a competitive advantage, and ultimately sold the company to the Brenntag Group, a $15B Company (IBIS: BNR).

Ricardo has deep expertise in sales, marketing, product and in leveraging cutting-edge technology to solve traditional business problems. In 2015, Ricardo founded Incode in San Francisco and has proven to have a strong vision, leadership and execution experience. Ricardo has a BA in Business Administration from ITAM.