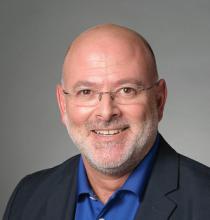 MJ was the founder and President of Jenaly Technology Group Inc., which he started in February 1997. In December of 2015 Jenaly was acquired by I&T. MJ has held several technology and management positions with a variety of technology companies, focusing on sales automation, executive information management, and electronics distribution and recycling. In the mid-1990s MJ was also a principal in the first dial-up Internet Service Provider in the Seacoast New Hampshire region.

MJ holds a Bachelor of Arts degree in political science from the University of New Hampshire, in Durham, N.H., graduating in 1986. He concentrated in Soviet Studies and studied abroad in the former Soviet Union. MJ holds several technical certifications with companies such as Cisco and Microsoft and has completed several business and technical certificate programs.

MJ is very active in both the local community and the global IT community. Locally, MJ has served on the board of directors of the Seacoast Family YMCA, now part of the Granite YMCA. He also served as a director and board president for Seacoast Crime Stoppers. In the global IT community, MJ serves on several advisory councils. He is also very active in CompTIA, for which he has served as a member of the board of directors and chairman of both the Audit and Investment Committee and the Certification Advisory Council. MJ currently serves on the Advisory Council on Policy, board sub-committee on cybersecurity, and is the immediate past chair of the Board of Directors. Ge served as board chair from 2011 to 2015.

Additionally, MJ participated in the formation and testing of the CompTIA Security Trustmark and CompTIA Managed Services Trustmark as well as serving as a CompTIA ambassador. MJ has been named to the Locked in the NOC Hall of Fame for the MSPmentor 250 ranking of the 250 most influential executives in the IT industry. He has also been named to the ChannelPro 20/20 Visionaries list in 2015 and 2016.

MJ is an accomplished writer having published his first book, Hassle-Free Computer Support, in August 2006. His latest book, The Tech Multiplier, reached best seller status in the technology category on Amazon.com in February of 2013. He also writes a technology column for Seacoast Media Group, publisher of Fosters Daily Democrat, The Portsmouth Herald and seacoastonline.com. MJ is often interviewed and asked to contribute to both local and national media outlets on the topic of information technology and related matters. MJ maintains a blog about IT for small and midsize businesses at www.mjshoer.com. He also maintains an active Twitter feed under the hash tag @mshoer and he can be reached via LinkedIn as well.

MJ was featured on the covers of ChannelPro magazine in November 2009 and Business Solutions Magazine in June 2012 for feature stories on Cloud Computing. MJ has also testified before the United States Congress and the Massachusetts Office of Consumer Affairs and Business Regulation on the topic of information security.