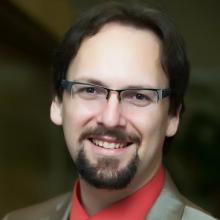 Herman Pool is a marketing specialist who has helped thousands of IT business owners get new leads and close more deals. He has been voted the top speaker at dozens of industry events and won 27 awards ranging in categories from best marketing service to best customer support. Herman has also been a consultant for Jay Conrad Levinson, the author of the best-selling marketing book Guerrilla Marketing, and owns an IT company where he has honed his marketing craft.

Herman started his first IT business more than 20 years ago. To get new clients he spent much of his time going door to door and making cold calls. Being located in South Texas he was hot, sweaty, and uncomfortable. He knew there had to be a better way.

After studying marketing from several different books, college courses, and teachers, Herman found that five key marketing truths were used by all of the most successful marketers. Once he implemented those five keys to marketing, he increased revenues at his IT firm by six figures in about 18 months, and the company continues to grow.

In addition to his IT business, Herman owns Vertical Axion, a company that provides online marketing tools and a team of experts to help IT companies grow through better marketing. He is an award-winning speaker and marketing educator, and president of the Association of Computer Repair Business Owners, a nonprofit organization with approximately 6,000 members and a LinkedIn group of more than 12,000.