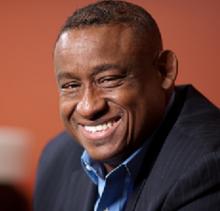 Manuel (Manny) Lloyd is CEO and president of Manuel W. Lloyd Consulting, an IT services provider with offices in Alpharetta, Ga., and Wilmington, N.C.

Manny’s love of technology began when he created motherboards from the spare parts his mother brought home from work. His tech background includes a stint in programming and technology training in the U.S. Marine Corps.

After his military service Manny started his first IT business and secured a contract with IBM Global as the company’s go-to guru for integrating Windows and Linux. He was a subject matter expert for Camp Lejeune’s Emergency Management Division for Land Use Management and GIS Strategy, and became the chief subject matter expert for a public safety software company, leading strategic IT operations for 900 police departments, 911 call centers, and EMS.

Manny has consulted for Coca-Cola, HP, Honeywell, Alltel, Lucent, BMW, AutoZone, and others in Field Force Automation networking, and created a 50,000-user partner network for IT services. He currently supports the back office of the largest Domino’s Pizza sales organization and provides strategic IT consulting to the company’s CEO.

Manny sits on the technology board of Miller-Mott Business College. He has been tapped as a keynote speaker and has been covered in both local publications and industry media outlets, including PC Magazine, Tech Target, and ChannelPro-SMB, where he appeared on the cover.

He has been married for 21 years and has eight children.